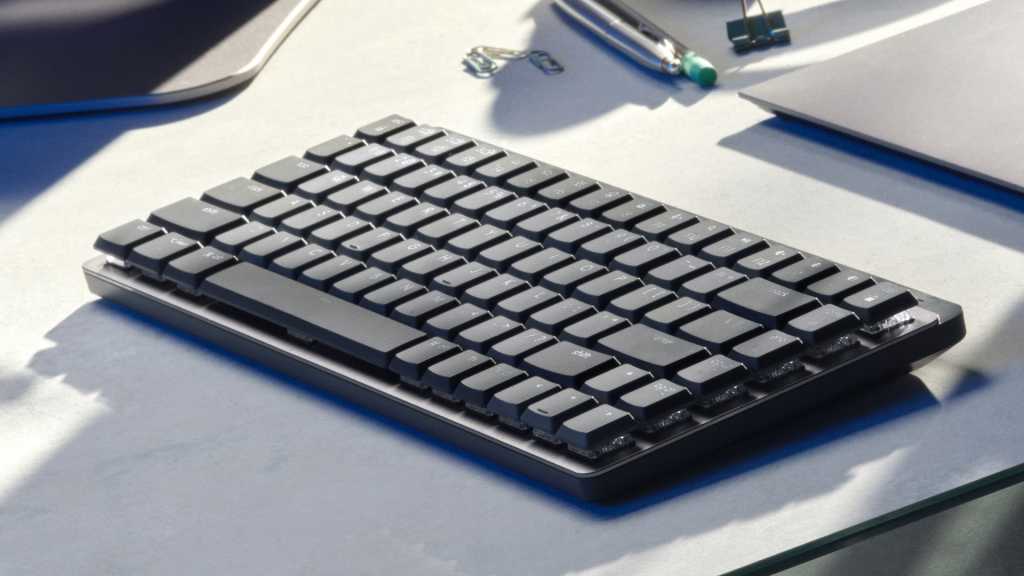 Logitech’s MX series is the cream of its peripheral crop, the most expensive and capable of its fan-favorite input devices. Today it’s combining that top-of-the-market reputation with full mechanical keys, previously seen mostly in Logitech’s gaming G-series line. The result is the MX Mechanical, an upgrade to the svelte MX Keys design that adds low-profile mechanical switches in three different styles. The design comes in a full-sized layout or a Mini model, roughly equivalent to the 65% mechanical size.

The new MX Mechanical is a full wireless board, pairing up to three devices over Bluetooth or Logitech’s proprietary Bolt USB receiver with instant switching between them. On Windows and Mac hardware you can use Flow to seamlessly integrate multiple desktops at once. The keyboards are backlit (white only, these ain’t gaming boards) and last up to 15 days with the lights on, or an impressive 10 months with them off. Recharging is via USB-C, though that’s power only — there’s no direct data connection.

Both the standard and Mini keyboards come with Red, Blue, or Brown switches (linear, clicky, tactile), which look like standard Cherry MX stems, but are extremely low-profile and certainly won’t work with regular custom keycaps. The switches are not hot-swappable, making the prices ($170 for full size, $150 for Mini) a bit hard to swallow even for Logitech. Both keyboards are available to order starting today.

Logitech has also announced an incremental update to its flagship mouse design, the MX Master 3S. The new version comes with an 8000DPI sensor, double that of the previous design, and new primary button design that’s 90 percent quieter. The price is the same as the MX Master 3, a hefty $100—though for that price you’re getting the ultimate work mouse, as the original MX Master 3 is a marvelous multi-tool that can greatly enhance your overall productivity.