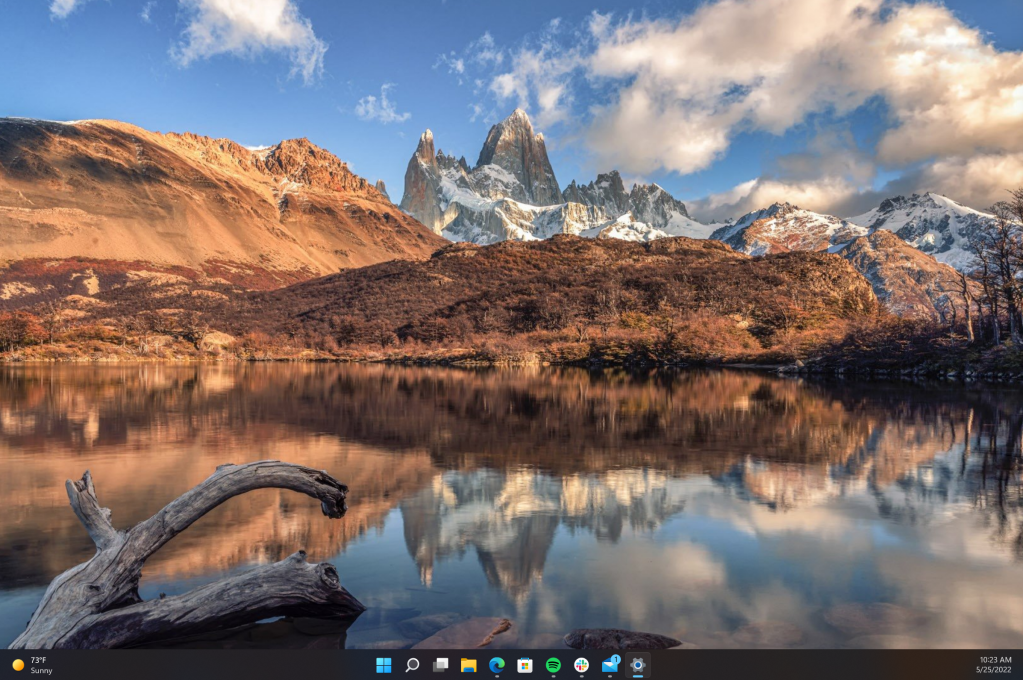 Microsoft has finally brought one of the better features of Windows into Windows 11: Windows Spotlight, which splashes Microsoft’s rather blah new operating system with some warmth and charm.

It’s worth dropping any pretense of objectivity for this. I’m a fan of nature photography, and Microsoft is too. Think about how a photo of a pastoral California hillside became the iconic “Bliss” backdrop of Windows XP, for example. Microsoft has quietly amassed an enormous collection of professional photography, making them available as Windows 10 themes — one great way to personalize your Windows 10 PC. Essentially, these themes allow you to pick and choose from tons of photos of a given subject: beach scenes, cats, or astrophotography.

Microsoft uses these photos to add some color and context to other properties that it owns. Bing.com, for example, tends to show off photos of buildings and cities that are both visually impressive and have some history that’s worth exploring. Previously, you’ve been able to automatically load some of these images as desktop wallpapers via the downloadable Bing Wallpaper app. You’ve probably noticed that your Windows lock screen now shows a representative photograph, too.

Now, there’s a new way of adding a little color to your desktop: Windows Spotlight, which was added as part of a cumulative Windows 11 update, KB5014019. Windows Spotlight rotates your desktop background on a daily basis, placing one of Microsoft’s nature scenes behind your desktop icons. (It’s off by default, so nothing will change if you already have a preferred wallpaper.)

Unlike other fresh features we typically cover, this isn’t part of the Windows Insider preview program. It’s available to all Windows 11 users. Since it’s an optional Windows 11 update, you’ll need to visit the Windows Update page in your Settings menu to download and install it. But don’t worry — it will be part of Windows 11 in a few weeks as part of the usual “Patch Tuesday” update in June.

To turn on Windows Spotlight, you’ll need to go to Settings > Personalization > Background and toggle the dropdown menu to “Windows spotlight.” Your wallpaper should then shift to the background of the day.

We’ve criticized Windows 11 for moving away from the warmer environment of Windows 10 to the more productivity-focused Windows 11 UI. This new update certainly brings back a little of the character of Windows 10, and it’s a step forward for the operating system.