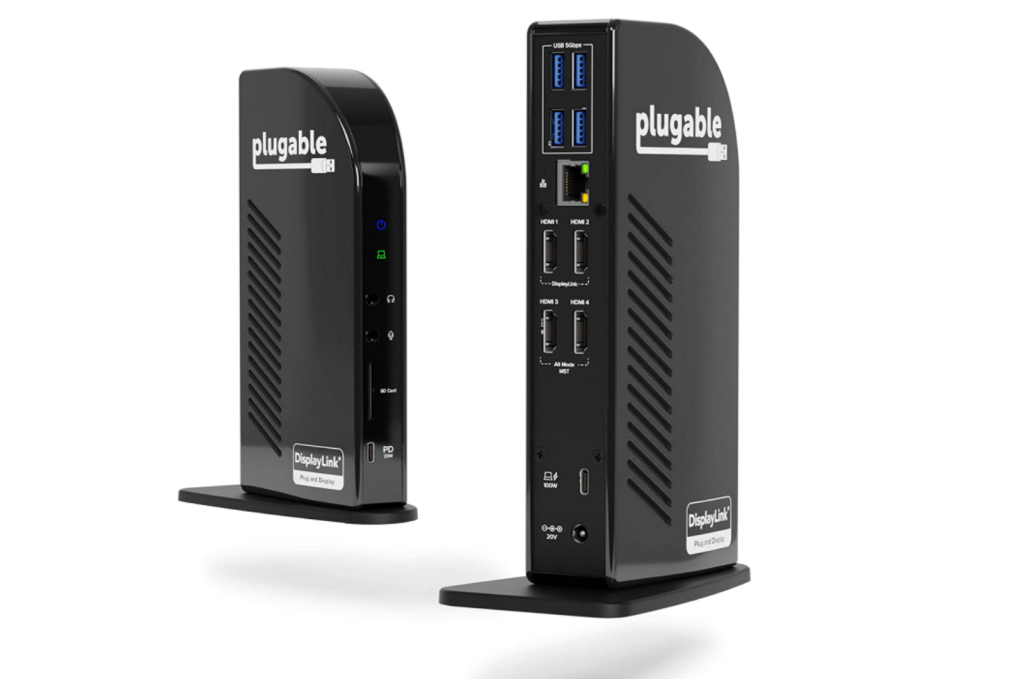 Simply testing Thunderbolt docks can be a challenge. But when even the best Thunderbolt docks suddenly vanish from store shelves, it can be like pulling teeth for vendors, retailers, journalists and consumers alike. Unfortunately, it’s not getting better.

Plugable fights on the front lines of the skirmish between rival device makers, trying to find new supplies of key components — and in times of need, the company redesigns its products to take advantage of what’s available. At press time, the Plugable TBT3-UDZ is our pick for the best Thunderbolt dock, and it’s in stock, too.

That’s not always the case. According to Bernie Thompson, the founder and chief technology officer of Plugable, three out of its five highest-selling Thunderbolt docks offering power delivery are sold out. (At PCWorld, we recommend docks not only by performance, but by availability.)

Basically, every electronics company in the world has been frantically trying to internally redesign their products to switch to chips that are available,” Thompson said in a recent interview. “Tons of chips and tons of products have actually been discontinued over the last few years because the older chips are no longer available.”

“We’ve basically just been working as fast and as hard as we can to redesign and align with the latest and most available chips, which actually has generated some bumps up in features in some cases, but also has resulted in long periods of being out of stock and increased prices too,” Thompsom said. “So, increased function, increased price and a lot of availability problems.”

The problem isn’t a simple one, Thompson said, as there are “availability problems all over the place.” As a manufacturer like Plugable redesigns or launches products based on more available chips, the company has suddenly found itself competing with rivals for supply. “And then sometimes that causes a rush for the doors where a bunch of people all do the same thing, and then that thing that was previously more available suddenly becomes unavailable.”

The problem isn’t that Plugable and other dock makers aren’t just competing against one another, either. A year ago, competing for Ethernet PHYs was a huge problem, Thompson said (one that has since alleviated). But a Thunderbolt dock that delivers power requires both a power delivery controller as well as DC-to-DC boost converters. Here, Plugable, is competing against the growing electric vehicle industry.

“And so these when you see these car factory shutdowns because they can’t get chips, the same thing is affecting the kind of electronics like these that charge your laptop,” Thompson said. DisplayLink chips, which are used by docks like Plugable’s new UD-3900C4 USB-C Quad Display dock to compress video over a lower-bandwidth USB-C connection, also have “huge availability problems,” Thompson said.

So when will it all end? Thompson said he doesn’t know for sure, but the company anticipates it will “selectively” get better in the second half of 2022. “But the chip shortage will not be over,” Thompson said. “There will be significant shortages into 2023.”

That’s significant, because normally USB-C docks (which use the typical 10Gbps USB-C connection) are quite different than the 40Gbps throughput underlying a Thunderbolt port. Unlike VisionTek, however, Plugable’s playing it conservative: you should only expect four displays at 1080p and 60Hz (1080p60), rather than promising 4K output.

That’s because two display ports on the UD-3900C4 dock use DisplayLink, a compression technology. DisplayLink isn’t plug-and-play; it requires a driver, unlike a more conventional USB-C-driven display. The latency attached to DisplayLink doesn’t make them suitable for gaming, but for office work they should be just fine. The other two display ports use DisplayPort Alt Mode over USB-C, which many laptops support natively already.

Otherwise, you’ll find a traditional mix of ports: a headphone and mic jack, an SD 4.0 card reader, a conventional 10Gbps USB-C port (with 20W of charging for smartphones), plus Gigabit Ethernet and four USB-A ports on the back. Finally, the powered dock supports 100W charging of your laptop. It’s this last capability that Thompson and other dock makers are worried about — and hopefully will be resolved soon.