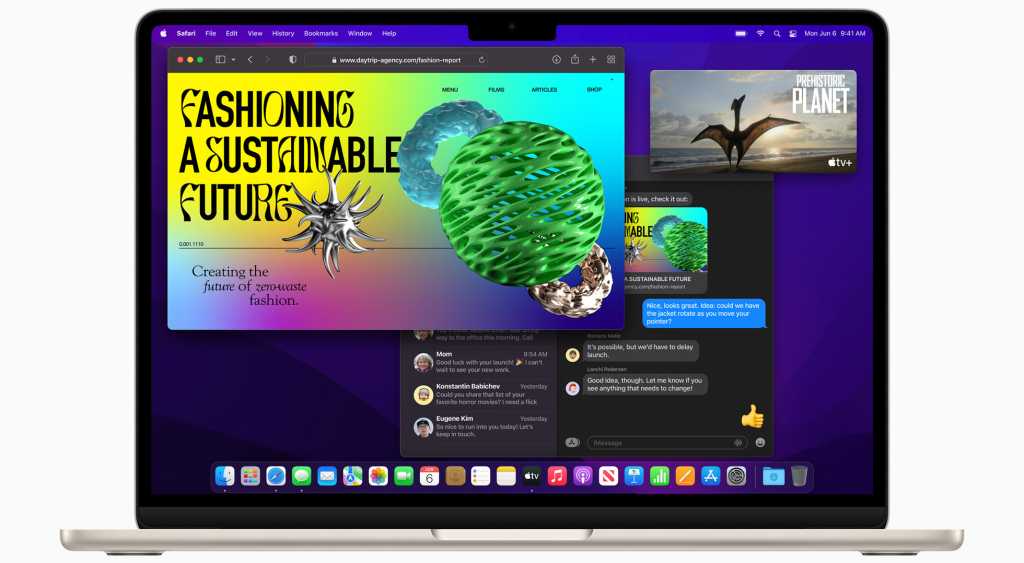 Apple’s MacBook line has been the height of laptop fashion ever since it was introduced, the super-svelte MacBook Air most of all. But even Apple fans might do a double-take at the latest redesign, which shaves down the screen’s bezels by placing the camera in a notch that looks like it was popped right off an iPhone. The new models also get the latest version of Apple’s home-grown ARM processor, the M2.

The notched screen makes room for a new 1080p webcam, which Apple claims will deliver double the low-light performance of previous generations. Despite the visual similarity to the iPhone, there is no face scanning for login. And not to belabor the point, but manufacturers like Dell have already figured out how to get cameras (including additional infrared cameras!) into teeny-tiny screen bezels. The screen itself is a 13.6-inch “Liquid Retina” LCD with the same 2560×1600 resolution as the previous generation but a boosted 500 nits of brightness.

The unibody aluminum design is now less sharp and more curvy, recalling the plastic designs of previous-gen MacBooks while keeping an impressive 11.3mm profile and just 2.7 pounds of weight. The total volume shaves 20% off the M1 MacBook Air. It also comes in an array of colors: silver, “starlight” (a sort of champagne), space grey, and an even darker “midnight” grey. Ports are predictably thin on the ground with two Thunderbolt ports on the left side and only a headphone jack on the right. The MacBook also gets the newest version of the magnetic MagSafe charger, though users can still charge over USB-C in a pinch.

Apple says that the 8-core M2 chip in the new MacBook Pro is 40% faster than the M1 for intense processes like editing in Final Cut Pro and “up to 5x faster for customers that haven’t yet upgraded to Apple silicon.” Exactly what that means is pretty nebulous in true Apple fashion, but there’s reason to believe that the M2 isn’t exactly crushing the latest offerings from Intel and AMD. Regardless of performance, Apple claims the new Air can hit the same battery life as the M1 version, up to 18 hours.

The M2 MacBook Air will start at $1,199, a sizeable bump over the previous model (which will still be available starting at $1,000). In addition to the redesigned Air, the 13-inch MacBook Pro is being updated with the M2 chip, starting at $1,299. Both laptops will launch sometime in July.