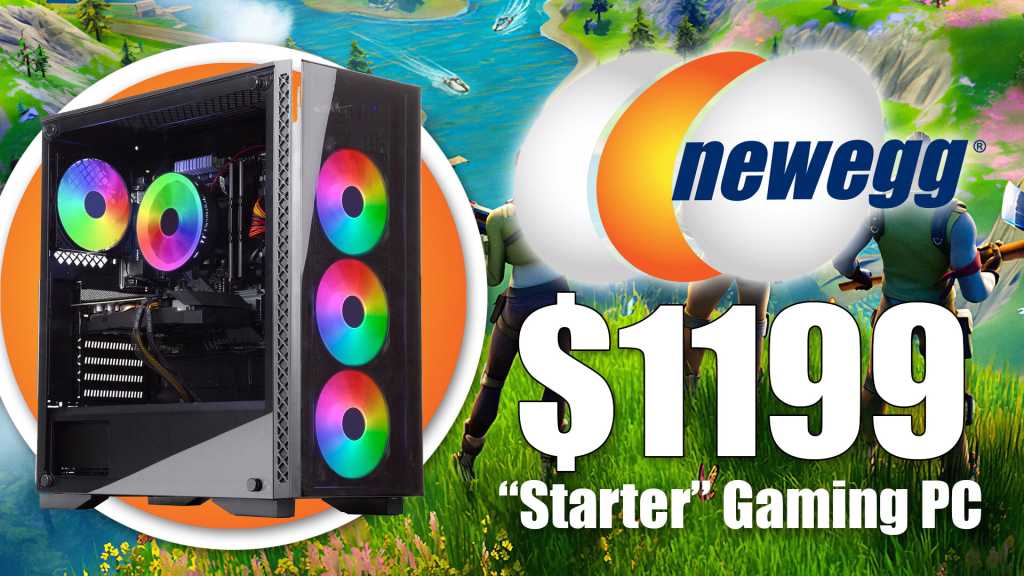 Here at PCWorld we freakin’ love to build desktop PCs. But prolific PC part provider Newegg knows not everyone is so comfortable with the process, which is why it’s now letting prospective buyers find their ideal gaming desktop with an easy new tool. All you have to do is select which popular games you like to play and Newegg will show you which prebuilt gaming PC you need. There’s just one problem: the answer for absolutely everyone seems to be “an expensive one.”

The Gaming PC Finder is an even more basic alternative to Newegg’s Custom PC Builder tool (which itself is a riff on PCPartPicker). Users merely select their four most commonly-played games from a handful of the most popular titles on the market, like Fortnite, Overwatch, GTA V, League of Legends, and Elden Ring. Based on your game selection and the resolution you choose (1080p, 2K, or 4K), Newegg will spit out three recommended pre-built gaming PCs from its inventory. Those selections will give you an estimated 3DMark Time Spy benchmark and approximate framerates for each game on the respective hardware. Neat!

There’s just one problem: The PC Finder tool seems to be recommending a lot of PCs at the same price ranges to everyone. Adjusting your game and resolution selection doesn’t change the pre-built machines you’re offered, merely the performance estimates for those games. For example, going with a high-end 4K build for graphically-intense selections Cyberpunk 2077, Elden Ring, Far Cry 6, and Forza Horizon 5 gets you these recommendations:

While swinging to the polar opposite of games with low-end graphics for wide compatibility (CounterStrike: GO, Overwatch, World of Warcraft, Fortnite) and selecting 1080p gets you these:

A mid-range selection, Apex Legends, GTA V, Halo Infinite, and Valorant, with a 2K resolution gets you these choices – no points for guessing the prices:

Some obvious patterns emerge. Newegg seems to think that a “starter” PC is around $1200, a “mainstream” build is $1800 to $2000, and an “enthusiast” machine is somewhere north of $3500. Though the specific desktops on offer change, the price ranges don’t. Which gives us startlingly overpowered hardware for low-end selections. Games like Fortnite and Overwatch can hit 60 frames per second on the latest integrated laptop graphics from AMD and Intel, and you can find budget gaming desktops that’ll hit 120 frames at 1080p for hundreds of dollars less than Newegg’s offerings. That’s assuming, of course, that someone has a monitor that can handle those framerates, which is not at all a given if they’re looking for a “starter” gaming PC.

Is it surprising that Newegg wants to sell pricey gaming desktops? Not in the least. But these kinds of “recommendations” aimed directly at consumers who are less knowledgeable on PC hardware is pretty shameless all the same. If you have a friend in need of a little guidance on PC buying, please make sure their search doesn’t start and end with Newegg’s self-serving suggestions.