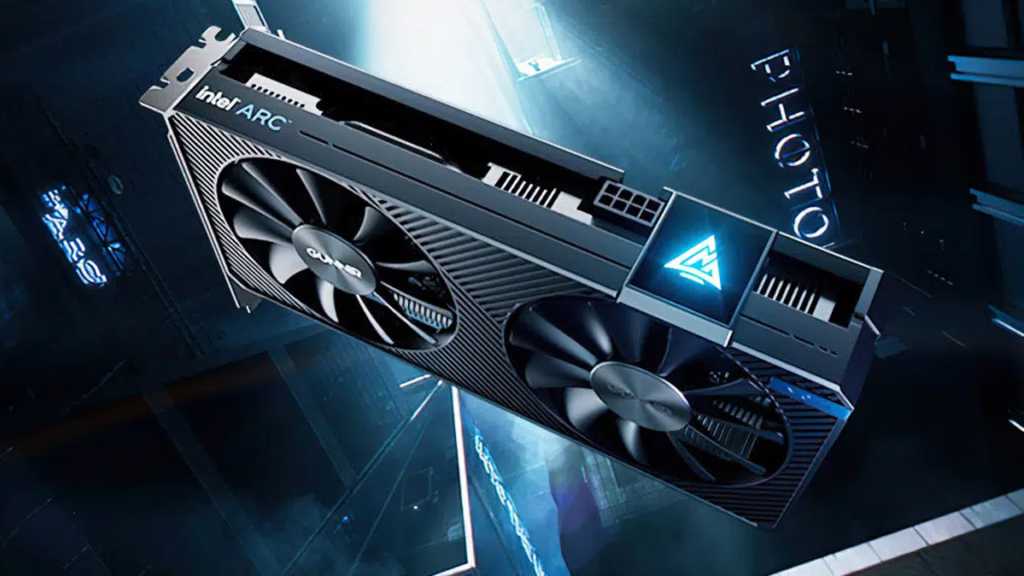 Intel’s first generation of Arc discrete desktop graphics cards have been highly anticipated, but as of now, they’re only on sale in China. Prominent YouTube channel Gamers Nexus got their hands on one, the budget-focused Arc A380, and ran it through a huge gauntlet of tests and benchmarks. They show that the intro card is competing at approximately the level of the Radeon RX 6400 or GeForce GTX 1630 — the absolute bare minimum of desktop GPUs.

That isn’t to say that Gamers Nexus found nothing interesting in the Intel Arc A380, a very slightly modified model from Chinese manufacturer Gunnir. Of particular note is Intel’s implementation of PCIe Resizable BAR, which has had a fairly low impact on performance when implemented on the GPU memory of AMD and Nvidia cards. Some games run faster with ReBAR activated, yes, but it’s more of a “cherry on top” sort of feature capable of squeezing out just a few more frames while you’re gaming.

On Intel’s Alchemist GPU designs it’s a far more critical component, boosting performance by up to a third in some games like Horizon: Zero Dawn and Hitman 3. ReBAR also dramatically reduces frame-to-frame intervals, smoothing out some glaringly choppy frame performance. Unfortunately other games saw little to no improvement. Also note that ReBAR compatibility requires an AMD Ryzen 3000 or 10th-gen Intel CPU, or newer, so this Arc card probably isn’t a great option for dropping into an older PC.

In terms of pure framerate performance, the A380 is trailing slightly behind AMD’s lowest 6000-series card, the Radeon RX 6400, in most games. Since that card has a retail price of $160 and is regarded as something of a flop, that’s a very poor showing indeed. Intel is selling the A380 for 1030 yuan in China, about $150 USD in direct conversion, so it’s at least in the right ballpark of the RX 6400. And it’s perhaps predictable that the very first generation of discrete GPU from a new entrant in the market wouldn’t be able to overcome decades of work from AMD and Nvidia right away.

Gamers Nexus also witnessed some performance oddities depending on the graphics API and game engines tested, which lends credence to the idea that Intel’s Arc GPU drivers aren’t fully up to snuff just yet. We recommend a full watch of the Gamers Nexus exhaustive 30-minute video if you want to see the ins and outs of performance on various games and tests. It’s well worth the time if you’re at all interested in how Intel is competing in the market. (YouTube erroneously flagged the video as age-restricted content; there is nothing NSFW about it.)

The Intel Arc A380 is only selling to OEMs and consumers in China at the moment, and it seems at least somewhat likely that this will remain the case, since margins for low-end cards are razor-thin. More high-end cards, notably in the A5 and A7 series to more closely compete with mid- and high-end GPU competition, are scheduled for worldwide release later this year.