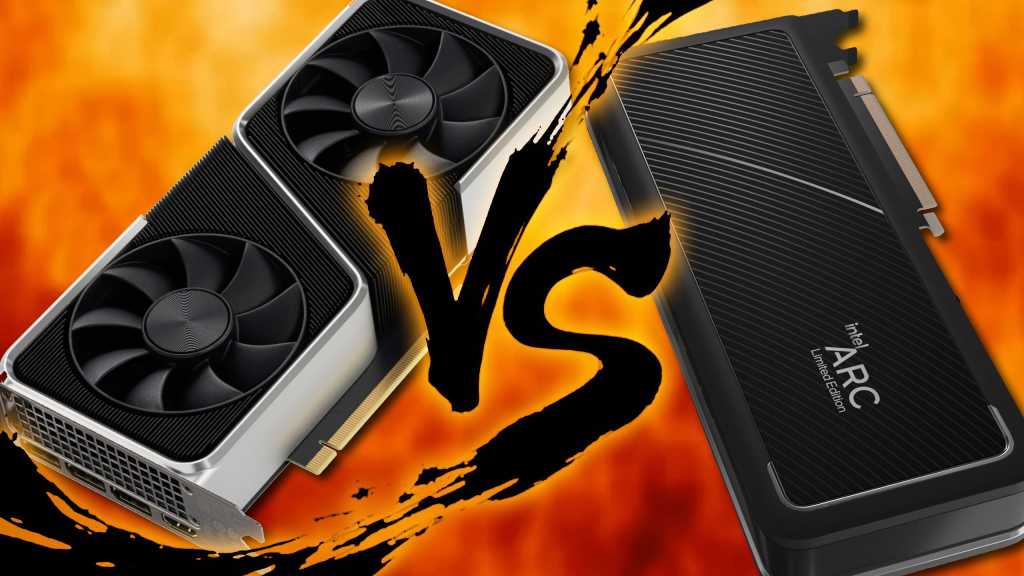 We’re finally starting to see Intel’s Arc discrete desktop graphics cards pop up outside of China, like yesterday’s exhaustive testing of the bare-bones Arc A380 by Gamers Nexus. Today Intel is releasing some info of its own: a set of benchmarks for the Arc A750, which by all indications is going to be the company’s mainstream high-end option. A new video direct from Intel breaks down its performance.

Well, sort of. The short video shows a brief clip of the A750 running Cyberpunk 2077, then a series of benchmarks in that game, Borderlands 3, Control, F1 2021, and Fortnite, compared to Nvidia’s mid-range GeForce RTX 3060, both running on identical Core i9 setups at 1440p. That’s a pretty good spread of titles as far as performance goes. And in those terms, the A750 shows a consistent frame rate advantage of about 15 percent.

That’s a promising result, considering that the A380 struggled to match even the Radeon RX 6400, one of the cheapest and least-powerful cards on the market with a modern GPU. But I have to point out that Intel’s reporting of its own numbers is far less extensive than Gamers Nexus’ data. We’re seeing results from just five games in one configuration. As Intel itself notes, “The performance of Arc won’t look like this in all games.” Cynically, I have to point out that Intel might have run benchmarks on a hundred different games and merely reported the five best outcomes versus the RTX 3060.

It’s also important to note that Intel’s unique GPU architecture, and its far less extensive experience in writing GPU drivers, will be a big factor. We’ve already seen how much the Arc GPUs rely on Resizable Base Address Memory (ReBAR), which allows the CPU to directly address the GPU’s built-in memory. Nvidia and AMD GPUs can use this technology, but for them it has a far less dramatic impact on performance. It seems reasonable to expect more variable performance from Intel Arc GPUs, on a game-to-game basis, than from the finely tuned fare of GeForce and Radeon cards.

We’re still waiting on a wider worldwide rollout for Arc desktop GPUs, scheduled for later this year. Hopefully, pitting the Arc A750 directly against the RTX 3060 (which has an MSRP of $400) gives us an indication of its rough price.