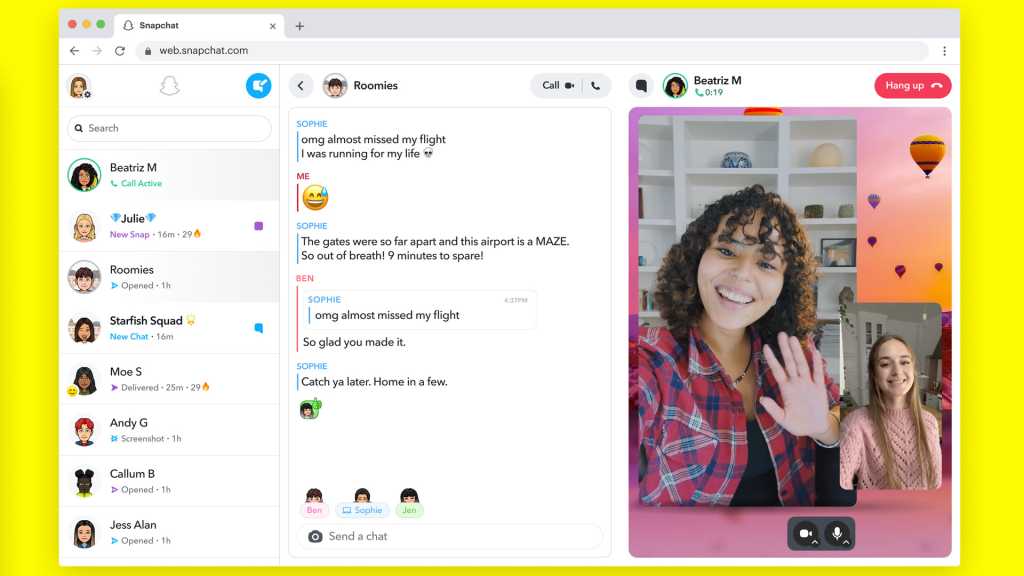 It’s been more than a decade since Snapchat appeared on smartphones as a way of tending temporary, “this message will self-destruct in ten seconds”-style text and images. From the start it’s been limited to phones and tablets as a function of its core design, but now users will finally be able to chat with their contacts on PCs via a web interface.

Well, some users, in some places. According to the announcement post, the new web-based Snapchat interface is available only in the US, UK, Canada, Australia, and New Zealand to start. And if you want to use it in the northern hemisphere you’ll need to subscribe to Snapchat+ for $4 a month. Oddly, Aussie and Kiwi users get it for free.

The service is also only available via the Chrome browser, at least according to the instructions in the announcement — a little testing on our part shows some login issues that may or may not be related to the launch. (The preview image shows the interface running in Chrome, even on a Mac.) The company says that it’ll be available for the “entire global community soon.”

The web interface allows for basic one-on-one chats, photos and videos with the service’s famous selection of filters, and live video chatting in one-on-one or group sessions. The more advanced “Lenses” will be coming in a future update. If you’re part of the initial rollout, you can access your Snapchat account on the web at web.snapchat.com.