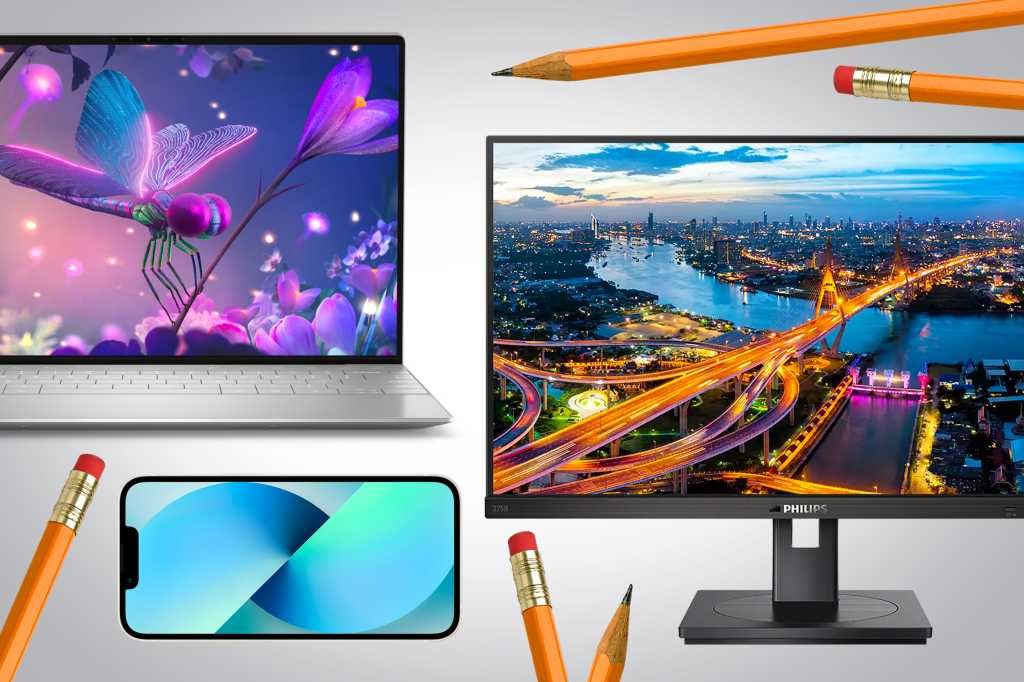 What we call back to school deals are moving from “back-to-school” to “at-school,” with sales on laptops, Chomebooks, displays and more. Amazon’s MacBook back-to-school sale is about as good as you’ll find. We’re still seeing early back-to-school deals remain at their earlier prices, though.

We’ve carefully examined the best deals on tech gear from online retailers like Amazon, Best Buy, Walmart and more, with an eye for what devices students will want to take with them to college, high schools and more. We’ve taken what we’ve learned from our extensive laptop reviews and used that to decide which back-to-school products we recommend you buy. Not sure whether to buy a laptop or a Chromebook? We can help.

Back to school laptop deals

Our back-to-school laptop deals focus mainly on productivity, generally focusing on 1080p displays and long battery life for all-day studying. However, Intel and its partners are currently offering “Intel Gamer Days” sales, so we’ve added some of those to our list. Best Buy has taken many of its discounted laptops and restored their regular prices. Some recommended laptops aren’t new, but they’re all recent. Consult our list of the best laptops for more ideas.

(Because of some issues with our outbound links, we’ve included the deal URL with the specific Dell.com deals.)

The Swift X discount isn’t profound, but the laptop won an Editor’s Choice award. There are a couple of gaming laptops that might double as productivity machines, too. Other laptop back-to-school deals that feature Intel Celeron processors and 4GB of RAM are too underpowered for us to recommend.

Back to school Chromebook deals

We’ve picked the best back-to-school Chromebook deals for you. Don’t be afraid of buying an older Chromebook, but we’ve considered the trade-off between price and performance in our back-to-school recommendations. Want more ideas? Start with PCWorld’s list of the best Chromebooks.

College life generally runs on laptops, and not Chromebooks, but Chromebooks are still useful for elementary and even middle-school students, especially as secondary machines. If you can, prioritize a 1080p screen, 8GB of RAM and (if possible) a 1080p display when you buy a Chromebook — though that Asus 17.3-inch is a little skimpy on the hardware, it has a comfortably large screen. We’ve factored in the dates at which these Chromebooks will fall out of Google’s support window, too.

Back to school MacBook deals

MacBook back-to-school sales just aren’t as pronounced as in Windows laptops, though there are some marginal back-to-school deals to be had. Nevertheless, the MacBook deals below are among the best we’ve seen.

Back to school iPad and tablet deals

If students need a tablet for when they go back to school, we think that these suggestions offer the best deals. Retailers discounted tablets and iPads a bit more earlier in the back-to-school season, but not so much now.

Amazon has some small discounts available for back-to-school tablets. We’ve shied away from Amazon’s own Fire tablets only because students will need flexibility to add apps that they may use in school.

Back to school monitor deals

College dorm rooms and lecture halls don’t offer an enormous amount of space for additional monitors, so there aren’t as many back-to-school monitor deals as you otherwise might expect. Samsung, though, appears to be having a sale.

We’ve (mostly) emphasized 60Hz displays, with a mix of 1080p and 4K. (The HP and Sceptre near the top offer 75Hz refresh rates, which should be slightly more relaxing to work with over long periods of time.) We’ve included a couple of gaming monitors, though, for those willing to spend a little more. Why add a monitor mount at the end? Cramped dorm rooms need all the space you can afford, so mounting a monitor can make sense to improve productivity. Just pay attention to the weight of the monitor you’re attaching.

When do back to school sales begin?

When will back-to-school sales end?

Retailers often won’t tell you when these sales end, though it’s likely they’ll be available throughout most of August. Students may go back to school and find they have the wrong equipment. Prices may change as retailer stock fluctuates.

Remember, the pandemic is still affecting the supply chain, especially electronics from Asia. It may make sense to figure out what you want and buy early, if possible. The laptop, Chromebook, or MacBook you want may not be available later in the month. Our deals reflect what’s still being sold.

When are tax free weekends scheduled?

Tax-free weekends are run by some U.S. states to encourage shopping, especially for items like back-to-school purchases. Five states—Alaska, Delaware, Montana, New Hampshire and Oregon—never charge sales tax. We’ve listed the states that are scheduling tax-free weekends, as well as a link to the fine print, as compiled by RetailMeNot.

For example, if you live in Arkansas and buy a laptop from Amazon on August 7, you won’t pay sales tax. There are some exceptions that vary by state: In New Mexico, retailers aren’t required to participate. Each state has different exemptions that apply to different products at different price ranges, and these discounts (generally) apply to national retailers. Check the details!

Will schools go back to virtual classrooms in 2022?

No, it certainly doesn’t seem so. At this point, schools aren’t in session, and school districts are still preparing for the fall 2022 school term. But we haven’t seen any mention about a return to virtual classrooms as a result of the pandemic or monkeypox.

PCs vs Chromebooks: Which is better for school?

We have a lengthy overview of the advantages of Chromebooks versus laptops, but the simple answer to this question is: whatever your school district tells you.

A Chromebook is better for school if your child will be working “online,” meaning in the classroom but on a Web site that’s authorized by the teacher. A PC is more useful if your child will be using apps, such as Minecraft for Education, or transitioning from elementary school to middle school, or from middle school to high school. The extra flexibility to run apps (and, yes, games) will be appreciated by your child. Colleges and universities almost always ask their students to bring PCs or Macs with them, so a laptop is most appropriate.

What should I look for in a monitor for dorm rooms?

Dorm rooms typically prioritize the efficient use of space, so laptops will be the most typical. Any way that you can use the extra space, though, is useful. A high-resolution display may mean that you can more effectively “fit” more information into the space with smaller fonts. But a monitor mount, like we’ve included in our list of monitors, can clamp on to a desk and allow for a second display, which vastly increases productivity and can also be used to stream video for friends, too. Our back-to-school list of monitors and displays includes both cheap 1080p options as well as 4K displays and even gaming displays for after hours.

Updated at 12:46 PM PT on Sept. 6 to add additional back-to-school sales in laptops, monitors, and more, plus to remove expired deals.