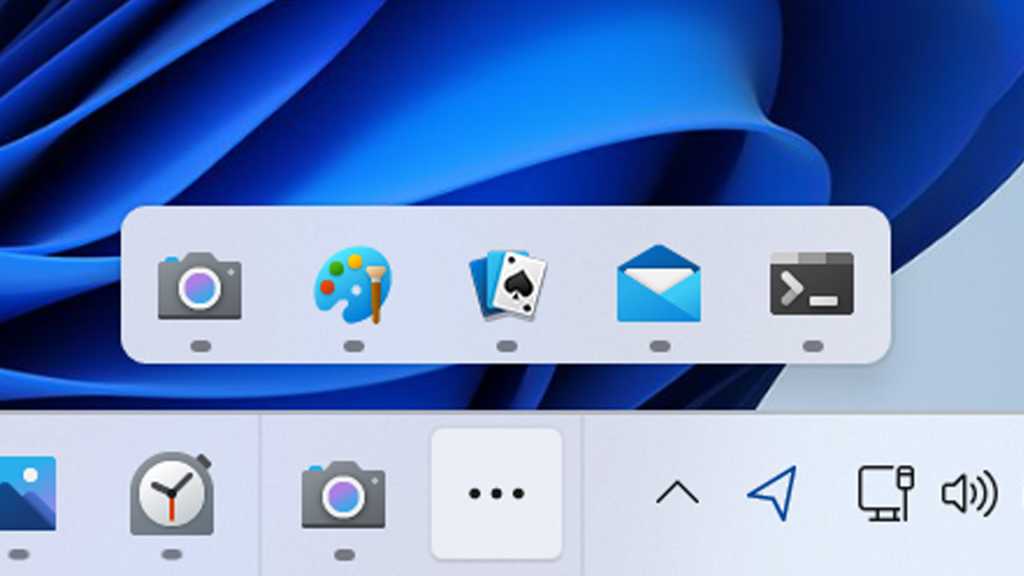 Are you using an old, low-resolution monitor or a smaller-screened laptop? Do you keep a bajillion apps open in Windows 11 all the time? Are you some combination of both of these hypothetical users? Then first, thank you for assisting in my intro paragraph, and two, Windows 11 might get a lot easier for you to use in the near future. A tweak to the Taskbar in a development version of Windows 11 means apps that don’t fit in the taskbar will be much easier to find.

Windows 11 defaults to icon-only view on the Taskbar, which a lot of people don’t like anyway. (There are a few options for changing that, like StartAllBack and Start11.) But if you manage to get more icons than can fit — 20 if I set my resolution to 720p, including things like Start and Search — the leftovers are all squished into one icon, which only changes if you use something like Alt-Tab to manually select one of the overflow apps.

As the Windows Insider blog describes (via Ars Technica), a new Dev Channel version of Windows replaces this single app icon with an ellipses icon (…), which shows a pop-up with all your extra apps in a button. In practice it’s kind of like the “stacks” feature on macOS, which shows a popup with a folder’s contents, except this is a dynamic list of running programs. Items in the overflow menu can be clicked and right-clicked just like the standard Taskbar, giving access to all the usual windowing features.

This and other improvements are part of Windows 11 build 25163, which is coming…sometime. Microsoft has been less predictable lately in terms of when new builds and features will arrive. But those who tend to forget to close their various applications will certainly appreciate it when it arrives.