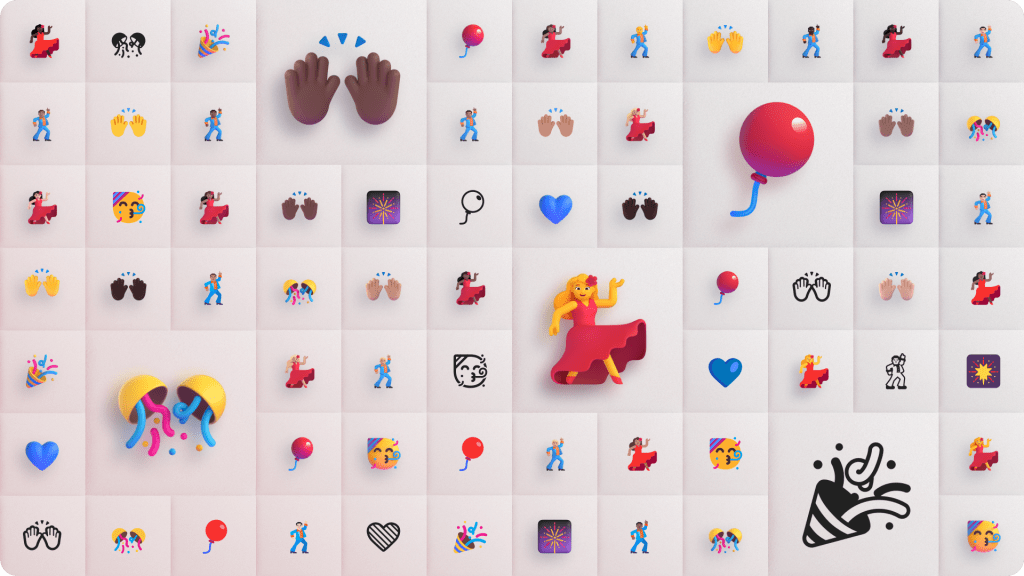 Microsoft said Wednesday that it has released almost all of its emoji designs to GitHub and Figma, allowing anyone to tweak and design their own.

Microsoft isn’t saying that you’ll be able to use your own emoji designs inside Windows, and the company isn’t saying that absolutely all of the company’s emoji are being released into open source, either. Specifically, Microsoft is excluding the Clippy emoji (boo!) and a few that includes the Microsoft logo. Naturally, Microsoft can’t release its own copyrighted trademarks into the public domain, Jon Friedman, a corporate vice president of design and research at Microsoft, wrote in a blog post.

It’s no small task to open-source each of Microsoft’s 1,538 emoji, Friedman wrote. “Similar to how typeface sets include bold, italic, and regular styles, emoji must exist as a SVG, PNG, and JPG file to allow for true versatility. And for each of those, a vector, flat, and monochrome version should be created for scale and flexibility.”

“Our creator community is infinitely imaginative, and we can’t wait to see how you break boundaries, remix our designs, and take the Fluent emoji to places we can’t foresee,” Friedman said.