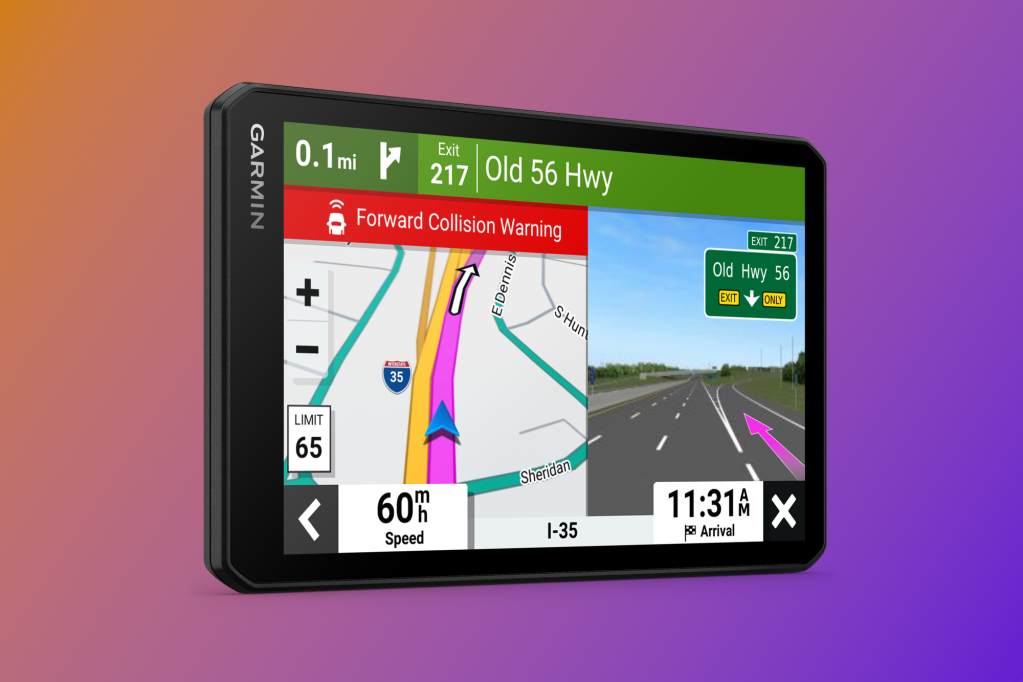 Image: Garmin
At a glance

Garmin’s DriveCam 76 caught our fancy simply because the large touchscreen makes it so easy to see and use. It offers top-tier navigation, but the dash cam section suffered severe stabilization issues in our capture tests.

With most people using their phone or existing car tech for navigation, a dedicated third-party GPS nav unit like the $450 Garmin DriveCam 76 might seem a bit quaint. Well, it may be passé, but if you have a car without navigation built in, a third-party unit beats that heck out of using your phone.

The large, far more readable (and therefore safer) display, and frankly, better travel directions simply make for a superior experience. And the Garmin DriveCam 76 will actually help with the phone calls.

Navigation and phone calls aren’t really our thing, so we’re reviewing the DriveCam 76 as the dash cam it doubles as. Sadly, this aspect proved less than satisfactory due to video stabilization problems. A shame as we otherwise loved the unit, right down to the color and detail of the captures.

It’s important too know that the DriveCam 76 is actually listed on the company’s site as part of the DriveSmart series. Only one version of the 7-inch DriveSmart includes a dash cam and carries the DriveCam appellation. Without the dash cam, it’s $150 less. The 5-inch, 6-inch, and 8-inch models are navigation-only.

The 7-inch product designation refers to both the size of the unit (it measures 6.97-inches wide by 4.17-inches high by 1.38-inches deep), and the size of the display which is 6.95-inches diagonally, or what’s known in the biz as 7-inch class. Yes, vendors always round up.

Said touch display is 1024×600 pixels, so it’s hardly Retina; however, it didn’t strike me as overly pixelated in my testing and it’s a quality panel with good off-angle viewing. I also found it very responsive to touch, which is not always a given with a musician’s (me) or workman’s calloused fingers.

The camera is a 30 frames-per-second, 1080p type (the best balance between quality and storage requirements, in our opinion) with a 140-degree field of view. One thing I really like about the Garmin DriveCam 76 is its large battery (no mAh was provided). It allows the unit to capture video for up to a half-hour when off without external power. Yes, we all have our phones these days, but you never know.

Our DriveCam 76 arrived with a 16GB SD card installed. There are two card slots on the back of the unit, but only the one on the right as you’re facing it is for the camera. The other is for extra map data, augmenting the 16GB of internal memory already allotted for the maps, etc. Also on the back are the power button and Type-C charging port.

You must sign up with a Garmin account to use the Garmin Drive app. Not my favorite requirement. However, when you do, you can offload and save your videos to the Garmin vault for safekeeping. This could be key in case of a contentious occurrence in your travels. You also have access to various settings, which include bad-driver aids such as lane departure and imminent collision warnings.

The DriveCam 76 can also leverage one of the company’s backup cameras such as the $200 BC 50 included with our test unit. Pricey, but it can be handy for parking if you need it, as well as checking your six o’clock in pedestrian-laden areas.

I’m not going to go into the DriveCam 76’s navigation and other travel features, as that’s not within our purview. However, I will tell you that they are myriad and state of the art. Equal to or better than what you get from the auto manufacturer’s (some of which are Garmin-based) navigation units. Garmin’s been doing this a long time.

The DriveCam’s video caught me a bit off guard. It’s colorful, and decently detailed both day and night, however there was a big problem: the wobblies (yes, a highly technical term). Garmin has had issues with motion stabilization in the past, but that was several years and iterations ago.

To see them again, and actually worse in the DriveCam 76, was a bit distressing. Especially as I had thoroughly enjoyed the large display, navigation features, and the unit’s general ease of use.

As to that wobbling, it’s a slow side-to-side undulation of portions of the video that’s rather like shear without the actual shearing—as if you’re looking through slowly jiggling Jello. I’m not doing the phenomenon justice and you’re obviously not going to see it in stills. The artifact was omnipresent, but most apparent when the vehicle was moving slowly or stopped.

In the company’s defense, my car doesn’t idle particularly smoothly and has a stiffer-than-normal suspension. This had the camera vibrating noticeably on its large suction mount in a way I’ve never seen before—even with the stiffest of mounts.

Sometimes things simply interact or resonate the wrong way. Look up the Tacoma Narrows Bridge. I informed Garmin immediately about the video issue, and installed the latest firmware via Wi-Fi, but there was no improvement.

All that aside, if your car doesn’t vibrate the camera in the same fashion, you might not ever suffer or notice the artifact. Regardless, all other cameras I’ve tested in the last couple of years easily compensate for motion and vibration to produce smooth, stable video.

Additionally, the collision alert was way too late. I’d tucked in tightly (a tad too tightly, if I’m being honest) behind another vehicle to exit the freeway, and the alarm only sounded when the vehicle in front peeled off to the left into the next lane. I immediately turned off the driver’s aids.

In my book driver’s aids, timely or not, Garmin or not, stand just as good a chance of distracting you at the wrong moment as they do of alerting you in a timely fashion. Drive better and don’t depend on aids.

Note also that the DriveCam 76 didn’t want to connect to my hidden Wi-Fi network, only ones with advertised IDs.

Aids and Wi-Fi IDs aside, it’s the stabilization that kills the DriveCam 76’s utility as a dash cam. 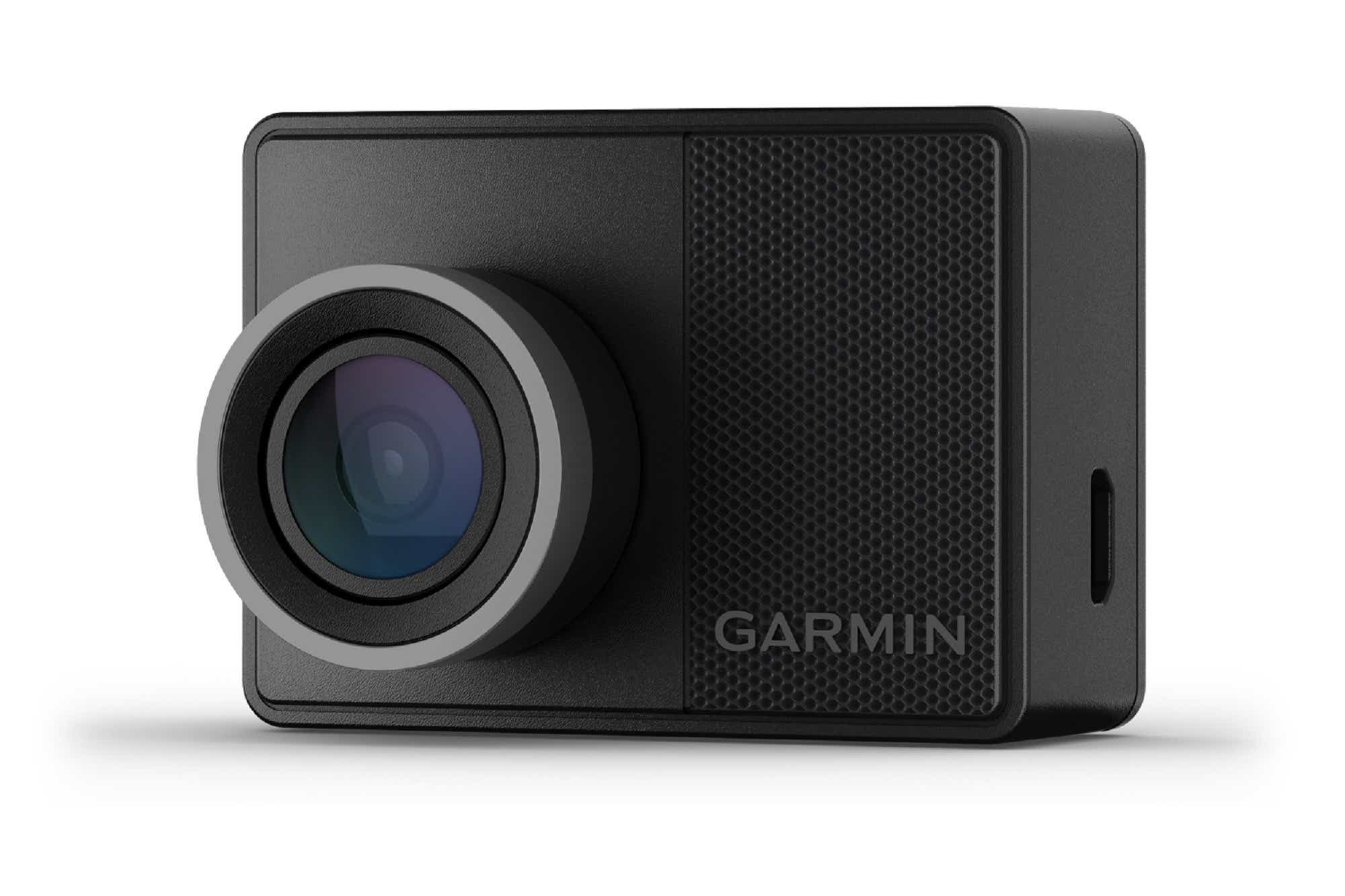 Note that if and when Garmin fixes the video, we’ll revisit the review and update the score accordingly. With acceptable stabilization, that might be as high as 4.5 stars.