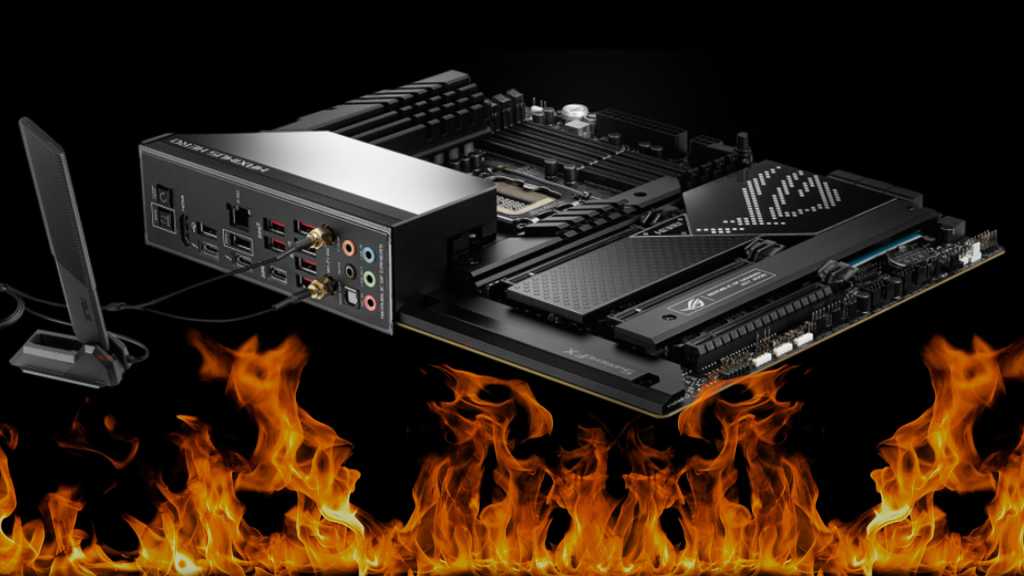 If you bought a high-end PC motherboard from Asus last year, you should probably check out this safety alert. The manufacturer is recalling approximately 10,000 motherboards in the ROG Maximus Z690 Hero line, after discovering that a manufacturing defect can cause it to overheat and potentially catch fire. So far, ten reports of overheating have been processed by the US Consumer Product Safety Commission, thankfully without any injuries.

What exactly is the problem? According to Asus, a single capacitor on the board was installed backwards in some models, specifically those with the serial numbers starting with MA, MB, and MC, manufactured last year. This apparently doesn’t cause the motherboard to malfunction right away, but with extended use it can result in error codes, a failure to post, or (at least potentially) straight-up burning your motherboard and other components. The recall announcement was spotted by HotHardware (man, sometimes the jokes just write themselves).

The ROG Maximus Z690 Hero was sold at Amazon, Newegg, Best Buy, and Microcenter between August and December of 2021, though affected examples may also have made their way to secondary and used markets. You can check the affected part number, (MA, MB, MC) 90MB18E0-MVAAY0, on the sticker on the motherboard itself and on the original box. Asus is offering a free replacement for all affected units with free shipping on the return and new motherboard.