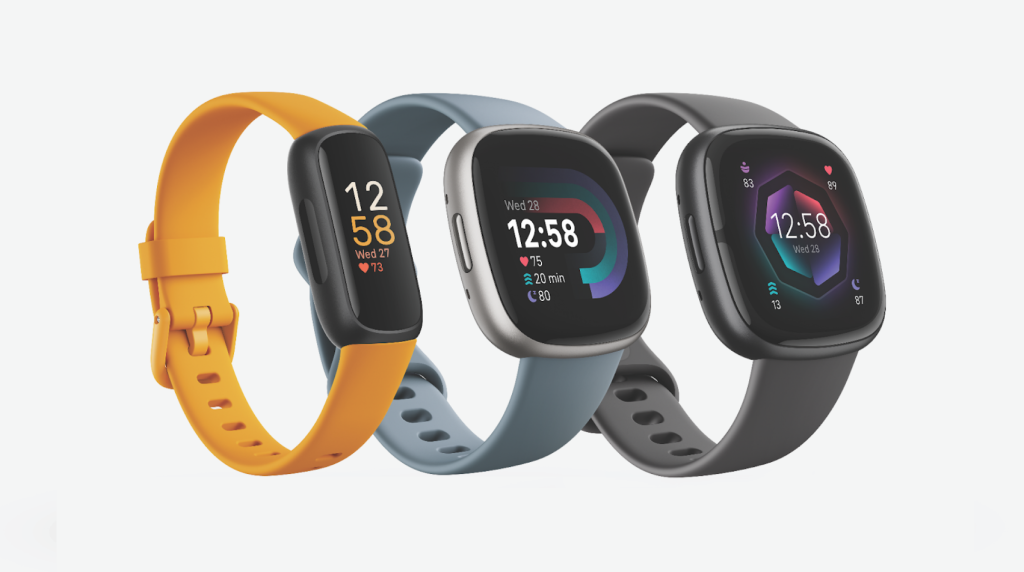 One day after dropping a coy hint on Twitter, Fitbit revealed new Inspire, Versa, and Sense models on Wednesday. As with last year’s Charge 5 unveiling, this first look at the Inspire 3, Versa 4, and Sense 2 is not a full surprise. Instead, it confirms some of the rumors and leaks about these successors to Fitbit’s entry-level and smartwatch offerings, respectively.

Don’t expect anything revolutionary from these upcoming trackers—they emphasize feature upgrades, rather than push forward via entirely new features. And in an odd reversal, physical controls and touchscreens have flipped as signals for what constitutes a premium device.

Fitbit’s entry-level Inspire gets a color touchscreen for its third edition, a move that puts the display on par with the more expensive Fitbit Luxe and Fitbit Charge 5. Yet unlike those two more expensive devices, the Inspire 3 retains its side buttons, avoiding a major annoyance of the Luxe and Charge 5. Battery life remains at the same rating of up to 10 days despite the screen update.

Other hardware upgrades include the addition of an SpO2 sensor for monitoring oxygen saturation and the ability to leave the display on at all times. The Inspire 3 also takes the sleeker profile of the Luxe and Charge 5, with a thinner body and rounder edges.

Possibly the most exciting upgrade for these two smartwatches is the return of a physical side button. While the capacitive button on the Versa 3 and Sense usually worked fine, it didn’t always respond with the same dead-on consistency of a physical counterpart.

Other notable feature boosts are the Versa 4’s expanded number of fitness modes and the Sense 2’s addition of a new sensor touted as highlights. The Versa 4 will have over 40 exercise modes, expanding its tracking to include dance, CrossFit, weightlifting, HIIT, and more. Meanwhile, the Sense 2 leans harder into health monitoring by tracking continuous electrodermal activity (cEDA) for an expanded ability to determine your stress levels, with all sensors now baked into the glass of its display. Like the Inspire 3, the Versa 4 and Sense 2 have had their bodies shaved down for a thinner profile.

Also new for both the Versa 4 and Sense 2 will be on-watch support for Google Maps and Google Wallet baked into their versions of FitbitOS.

These upgrades will join returning features like on-board GPS, battery life of up to six days, and fast charging that gets you one day’s worth of juice for 12 minutes of charging time. You can reuse your bands from the Versa 3 and Sense with these new smartwatches, too. (Unfortunately, this is likely not the case for the Inspire 3, as per Fitbit’s usual habits.)

The Inspire 3 will come in at $99.95 USD, the Versa 4 at $229.95, and the Sense 2 at $299.95—the same initial MSRP of their predecessors. All of these new trackers include a six-month Fitbit Premium subscription (normally $9.99/month) that is available for both new and returning Premium members. Fitbit Premium offers additional detailed stats and monitoring, access to workouts and meditation routines, a Daily Readiness score to help determine your ideal level of activity for the day, and more.