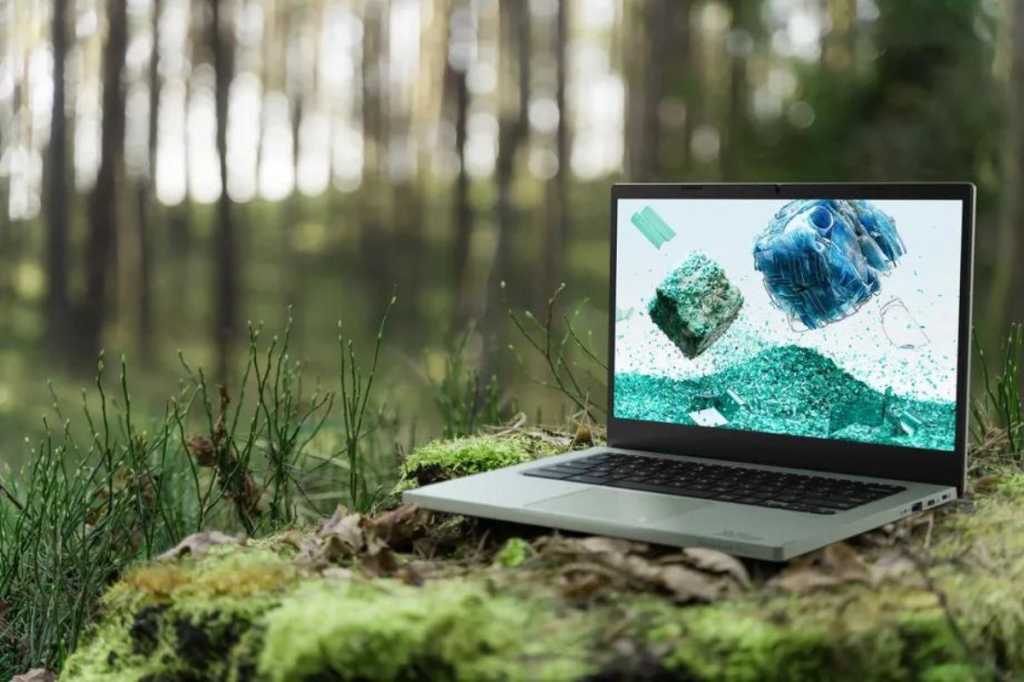 Acer recently announced the latest addition to the eco-conscious Vero series. Enter the Acer Chromebook Vero 514. It’s the first Chromebook in the Vero lineup, joining Windows laptops and monitors we’ve generally liked, and it’s made up of both ocean-bound and PCR plastics. How rad is that? This is awesome for the environment, as it helps reduce plastic waste, which we tend to generate A LOT of. According to the laptop manufacturer, the laptop has “30% of PCR plastics in its chassis and screen bezel and 50% in the keycaps and speakers.” While we love the eco-friendly aspect, the new Vero also has some pretty decent specs and features.

The first U.S. configuration of the Vero 514 features an Intel Core i3-1215U CPU, Intel Iris Xe integrated graphics, 8GB of LPDDR4 memory, and 128GB PCIe NVMe SSD storage. That’s perfectly suitable for general use tasks like writing papers, browsing the web, and so on, especially in a web-centric Chromebook. The non-touch display measures 14-inches with a resolution of 1920×1080. The laptop itself weighs a little over three pounds, making it a capable travel-friendly device. There’s even a fingerprint reader if you need additional security.

Acer also claims the 56Wh battery has a runtime of about ten hours on a single charge. That’s more than a full work day, though your exact runtime always depends on your specific activities. Using more resource-intensive programs will drain the battery faster. It looks like there will be other configurations at some point in the future. Acer says these models will have up to Intel Core i7 processors and 16GB of RAM.

The U.S. configuration of the Vero 514 has an MSRP of $499.99 and will become available at Best Buy in mid-October.