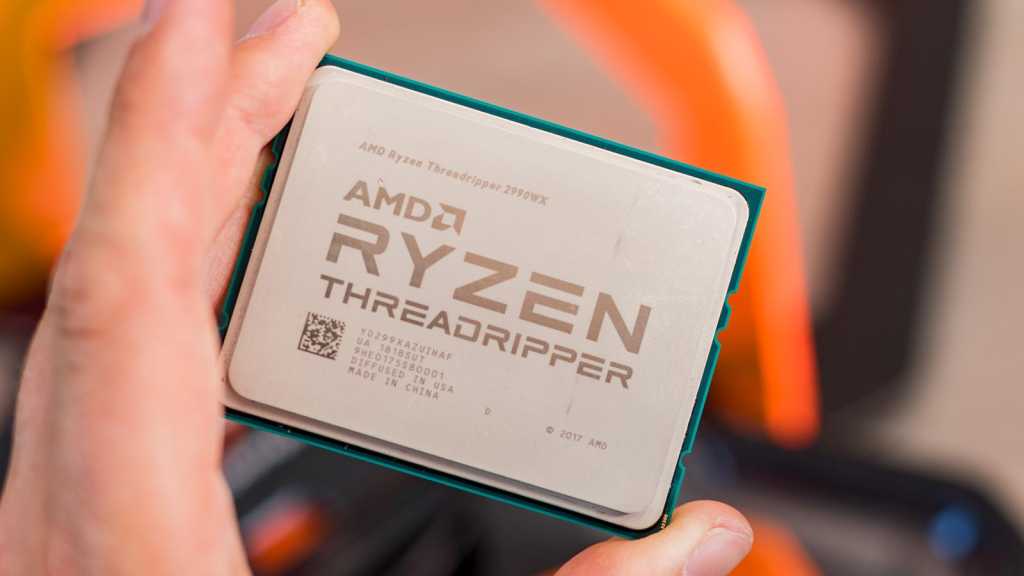 With AMD’s new Ryzen 7000 stealing the spotlight, is a new Threadripper chip waiting in the wings? The answer to that is a definite maybe, but possibly not in the way you’re expecting.

First, what we know. At AMD’s recent financial analyst day in June, AMD’s roadmap showed three processors under the heading of the “7000 Series”: the vanilla Zen 4 chip, a version of the chip with AMD’s V-Cache, and a third chip with the AMD Threadripper logo inside. Today’s presentation showed the same three chips, with the latter replaced by a “Zen 4c” logo instead.

Executives explained that “Zen 4c” referred to an upcoming server processor due next year, for smaller servers with specialized computing needs. But what, then, of Threadripper?

According to AMD executives, Threadripper is still on AMD’s roadmap, but the company isn’t quite saying what to expect, and when. “We are very appreciative and cognizant of the wide range of people who have adopted Threadripper and enjoyed Threadripper,” said Dr. Lisa Su, AMD’s chief executive, in a question-and-answer session with press and analysts. “And they should expect to see that.”

While consumers have snapped up PCs, even gaming PCs, the reality is that Threadripper is something of an anomaly. Originally created to show off AMD’s ability to sell large, powerful, multicore chips, the simple cost of the processor put them well above what most consumers could afford. In 2020, for example, AMD said that its 64-core Threadripper 3990X would carry a $3,990 price tag. (3990X, $3,990 — get it?) But the chip neatly fell into a market that usually is somewhat ignored: workstations, where the 64-core Threadripper Pro ended up as a Lenovo exclusive when it debuted in 2020 for $4,599. Earlier this summer, when AMD unleashed ultra-pricey DIY Threadripper 5000 Pro parts, it said that that non-Pro Threadripper chips are going the way of the dodo.

AMD’s Threadripper has evolved into more of an Xeon rival for workstations, rather than a “PC” chip. But even so, AMD apparently is reconsidering its commitment to building large, expensive chips containing truckloads of cores.

“So you certainly have seen the the slides that we’ve shared at [the Financial Analyst Day] about our future intent to bring Zen 3 and Zen 4 Threadripper products into the market,” said David McAfee, corporate vice president and general manager of client channel business at AMD, in the Q&A session. “We’re not talking about a timeline for that now. But I also completely recognize that the changes and just the market dynamics with Threadripper versus Threadripper Pro that have happened over the past year or so as the entire market has just been so, so constrained. So we’re looking at that very carefully.”

It’s not quite clear what AMD plans for Threadripper, though it sounds like a wider variety of options may be planned? McAfee described AMD’s plans for Threadripper in this way: “As we look at bringing next generation Threadripper to market, reinvigorating choice for end users who may not care about, you know, the absolute maximum maximum configuration of what a Threadripper can do, and just offering a broader range of solutions.”

It’s not the clearest answer, but at least we know a Zen 4 version of AMD’s monster Threadripper chip is still on the table.