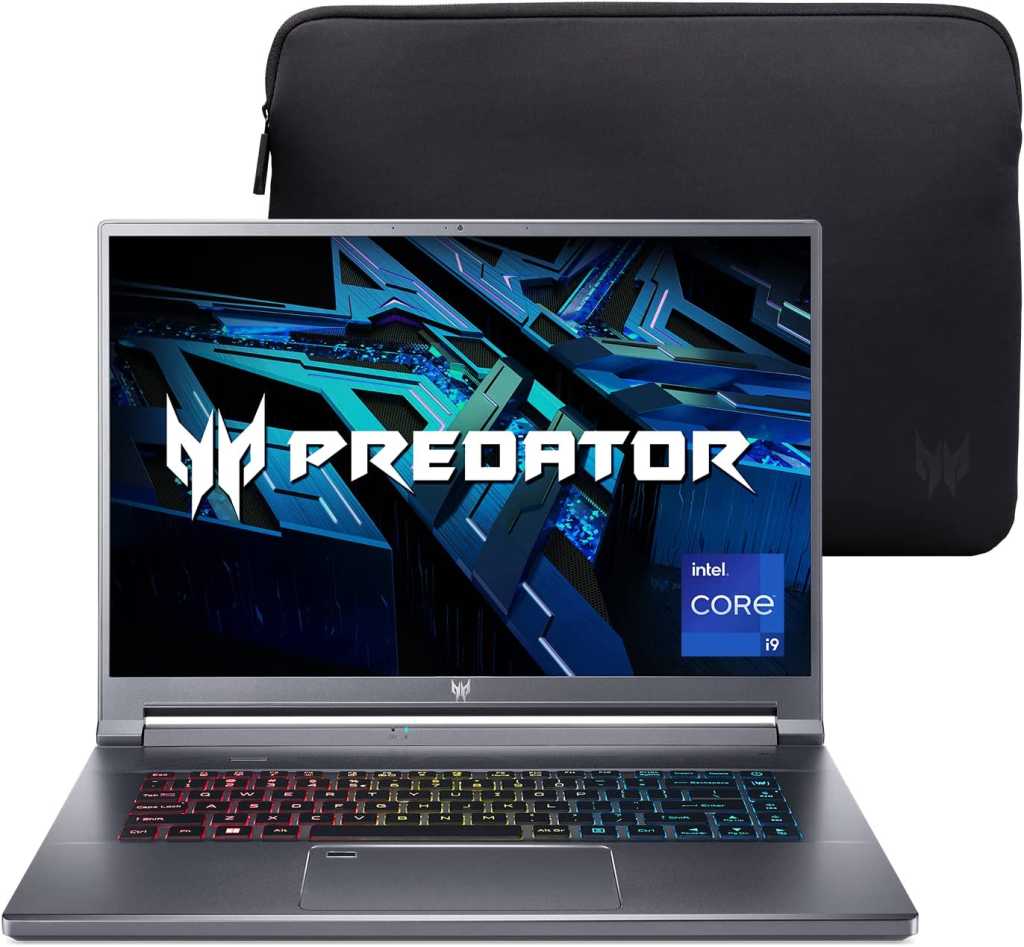 Amazon’s currently featuring an epic week-long deal on gaming laptops, peripherals, merch, and so on. So, if you’re a serious gamer, you better swoop in before it ends on September 9th. However, there’s one laptop that really stood out from pack, as it’s both powerful and sophisticated-looking. Amazon’s selling the Acer Predator Triton 500 SE (plug bag) for $2,579.99. That’s a savings of $420. While we dig the RBG backlit keyboard and the included carrying bag, the guts are pretty darn solid. Let’s take a peek under the hood, yeah?

The Acer Predator Triton 500 SE has an Intel Core i9-12900H CPU, Nvidia GeForce RTX 3080 Ti GPU, 32GB of DDR5 RAM, and 1TB of SSD storage. You should be able to run most games on very high or ultra graphics. There’s a ton of memory and storage as well, making this laptop a good option for content creators as well as gamers. The 16-inch display has a resolution of 2560×1600, a refresh rate of 240Hz, and an aspect ratio of 16:10. According to Acer, the screen measures up to 500 nits of brightness. You should expect a vibrant, sharp picture.

This is a real gem of a deal. Don’t miss out on the opportunity.