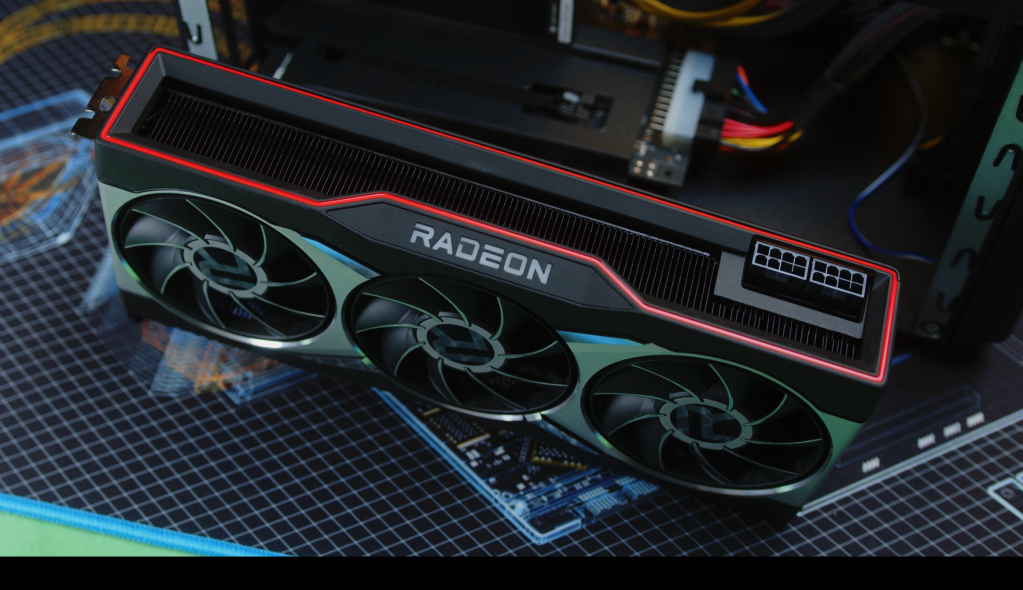 We want our cake, and you bet we’re eating it too! What gamer doesn’t want beautiful graphics and high frame rates? AMD’s FSR, or FidelityFX Super Resolution, does just that by using upscaling technology.

To compete with Nvidia’s DLSS (or Deep Learning Super Sampling) in the battle for the best graphics cards, AMD has introduced FSR 2.0—but the original FSR is sticking around and still widely available. Should you be using FSR 1.0 or FSR 2.0? Realistically, you’ll likely wind up using both depending on what’s available in a given game, as game developers need to actively support these technologies, and there are plusses and minuses to each. Just like we did with FSR versus AMD’s Radeon Super Resolution, let’s take a look at how FSR and FSR 2.0 compare.

AMD’s FSR 1.0 was a great first attempt, using a simple spatial upscaling technology that renders game visuals at a lower resolution for faster performance, then upscaling the image to fit your monitor resolution. Going a step further, FSR 2.0 now uses temporal upscaling, which takes motion data from several frames to recompose the image and get as close as possible to the intended graphical quality of the original. (If this sounds like NASA speak, don’t worry, it’s very effective in practice.) And if you’re a Steam Deck fan, FSR 2.0 can help there too!

FSR 1.0 performs well at higher 1440p and 4K resolutions, but lacks visual fidelity at lower resolutions such as 1080p. FSR 2.0 greatly improves on that, offering better image quality across all resolutions.

How about game availability? Combined, FSR 1.0 and FSR 2.0 combined are in well over 110 games to date, but the vast majority of those use the long-established original iteration. FSR 2.0, being more recent, is slowly building up support. Some games, such as Deathloop, can use both FSR 1.0 and 2.0.

FSR 1.0 can still hold some frame rate advantages, especially on older hardware, versus the more demanding FSR 2.0 tech. In general, FSR 2.0 will look better graphically across the spectrum. It’s obviously better on modern hardware, and in most cases is the best option. That said, while the first-gen FSR runs on all sorts of older graphics cards, the recommended GPU list for FSR 2.0 is much more strict (though AMD takes pains to point out that since FSR 2.0 is an open technology, and these are indeed just recommendations).

These are not to be confused with AMD’s similar RSR, or Radeon Super Resolution, which is based off FSR 1.0. RSR isn’t as effective, but can be implemented at the driver level—meaning you can turn it on in virtually any game, and not just games where developers actively integrated support.

Regardless, activating FSR is generally easy on supported titles—you’ll see an option in the game menu. You can also typically choose between various presets that will dictate higher image quality versus raw performance gains.

While Nvidia’s DLSS has improved over time and an argument can be made for its dominance and best-in-class performance, FSR 2.0 is also no slouch and has its benefits. The two technologies are very similar in practice.

FSR 2.0 can be used in a much wider array of hardware, with both Nvidia and AMD GPUs supported. DLSS needs Nvidia’s RTX GPUs and their mighty tensor cores to do the heavy lifting. On the other side of the coin, DLSS enjoys a large and growing library of games, and both AMD and Nvidia’s technologies can coexist in some games. FSR 2.0 does seem faster to implement, so we could see a rapidly growing list of supported titles as it gains popularity over time.

When it comes to whether you should use AMD’s FSR 1.0 or 2.0, the answer depends on your hardware, your goal, and what your chosen game supports. If you’re playing on an older, less-powerful GPU, there are times when you’ll get faster speeds from FSR 1.0. In general, you’ll get much better graphical quality on FSR 2.0, especially on more modern hardware. (If you’re on a high-end Nvidia RTX graphics card, you’ll most likely still want to use DLSS if your game supports it.) You’ll have to do some trial and error if your game supports multiple upscaling technologies since there are many variables at play, including your specific hardware and even how FSR is implemented on a per-game basis.