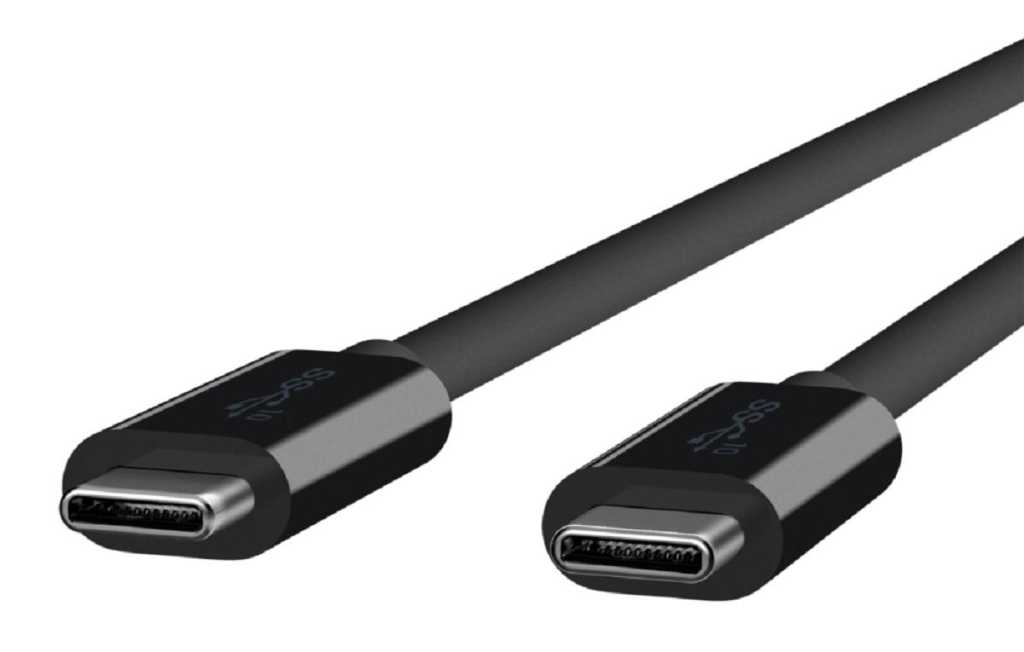 Until now, USB4 matched Thunderbolt in terms of bandwidth. Now, it’s leapt ahead, with USB4 Version 2.0.

The USB Promoter Group announced USB4 Version 2.0 on Thursday, a specification that will allow for up to 80Gbps to be transferred over the USB-C connector that is commonly in use on PCs and smartphones. The standard will be backwards compatible with USB4 Version 1.0, USB 3.2, USB 2.0, and Thunderbolt 3 — but not USB 1.0 or Thunderbolt 4.

The USB Promoter Group said that the new standard will be published in November, meaning the first products should debut sometime thereafter.

Until now, USB and Thunderbolt have basically co-existed in parallel worlds. Because of somewhat murky licensing issues, Intel-based laptops have used a Thunderbolt 3 or Thunderbolt 4 port and laptops powered by AMD’s Ryzen have used USB4. As we discussed in our USB4 explainer, Thunderbolt 4, Thunderbolt 3, and USB4 1.0 were roughly equivalent. Now, with the increase in bandwidth, Ryzen platforms may have a sudden dramatic increase in I/O bandwidth.

The increase in bandwidth won’t be as simple as a patch or firmware upgrade; AMD’s Ryzen silicon will need to be specifically designed to accommodate the new standard, which won’t happen overnight. Nothing is preventing Intel from adopting USB 4 Version 2.0, either.

However, the additional bandwidth becomes critical in terms of an external docking station. We’ve reviewed several Thunderbolt docks and compiled a list of our recommended Thunderbolt docks after several rounds of tests. But again, the tests usually consider both to be in the same category. The difference in bandwidth will allow USB4 2.0 to connect to higher-resolution displays with bandwidth that exceeds that conventional 60Hz, most likely a boon for gamers and content creators, but not the average productivity worker. However, the added bandwidth should allow for a third 4K, 60Hz monitor rather than the currently supported two. For some out there, that will make a difference.

Here’s how the USB4 Version 2 specification breaks down:

The 80Gbps specification will be enabled by a new physical layer (PHY) architecture, but will run over current 40Gbps USB-C passive cables and a newly-defined 80Gbps USB-C active cable specification. That means that examinations comparing different types of USB-C cables are going to matter more. Some will be able to pass along the new 80Gbps data rate while others won’t.

The USB Promoter Group is also updating the data and display protocols within USB 3.2 to exceed 20Gbps, though the organization isn’t saying by how much.

What we don’t know is how the new ports, cables, and docks will be branded and certified. Because of the (unnecessary?) complexity that surrounds USB branding, we’ve started to see dock makers abandon “USB” branding and simply label ports by their speeds instead. Either way, you’ll want to think more carefully about the capabilities of the ports coming off of your PC.

This story was updated at 10:51 AM to clarify some details.