WD's new My Passport external SSD drive is by far the company's fastest, and its first portable, external SSD as well.

Why laptops won’t come with larger SSDs this year

The revelation that the CIA has looked into hacking vehicles, possibly for the purpose of assassinations, flies in the face of a presidential order requiring U.S. agencies to reveal flaws to manufacturers to protect Americans.

WD today announced its densest 3D NAND -- a 64-layer product that it plans to begin shipping later this year. 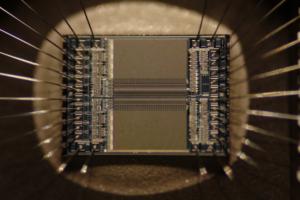 Computer scientists in Singapore and Germany have collaborated to create a resistive RAM chip that not only stores data but can act as a computer processor.

Researchers have discovered a way to 3D print structures using graphene. The result is a strong, lightweight material for airplanes, cars and buildings.

BMW is working with Intel and computer vision company Mobileye to place 40 autonomous test cars on public roads in the second half of 2017.

The pace at which the storage industry is adopting denser and faster 3D NAND has quickened; it is expected to exceed 30% of flash bit shipments by the end of 2016.

Tesla and SolarCity constructed a microgrid on the Island of Ta’u in American Samoa that will supply 1.4 megawatts of solar power backed up by six megawatt hours of battery storage from 60 Tesla Powerpacks.

Apple has been a leader in using PCIe-based flash storage, which offers far greater bandwidth than SATA-based SSDs. The new 2016 MacBook Pro's specs blow away the performance of its predecessor by nearly double.

Samsung today announced a new 8GB DRAM package with 10-nanometer-class process circuitry that has twice the capacity and twice the speed of DDR4 DRAM used in PCs.

Fujitsu is now manufacturing a new storage-class memory made from carbon nanotubes that is 1,000 times faster than DRAM and has seemingly limitless endurance.

Hyundai in talks with Google on developing self-driving cars

Hyundai's president confirmed his company may work with Google in developing an autonomous car because Google is not "as familiar with vehicles." 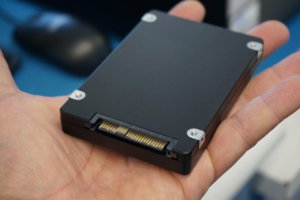 Samsung began shipping its 15TB SSD in March to equipment makers, but the drive recently began showing up on retail sites with a price tag of about $10,000.