Close Ad
More Recent Videos
More Popular Videos
Hardcore Hardware
PCWorld | Video
We test a 'bullet proof' laptop bag the only way you can: By shooting...
Share this video
More for you to like:

We test a 'bullet proof' laptop bag the only way you can: By shooting it

We put Force Training Institute's Multi-Threat Shield against a .44 Magnum and 12 gauge shotgun to see if it lives up to the marketing claims.

View the transcript | Show production credits
We’ve see plenty of claims from bag manufacturers of bullet resistance but is it really true? Do we take them at their word for it? There’s only one way to find out!

This is the MTS laptop bag from the Force Training Institute. While this may look like a standard laptop bag, it does something others don’t: (FLIPS OUT) It flips out into a three-foot shield of Kevlar that’ll stop bullets from everything short of rifle rounds.

The MTS is constructed of laminated Kevlar and yes, it’s a continuous piece of Kevlar so there’s no chance of a bullet piercing a seam. MTS uses thick Kydex or thermoplastic inserts to keep the bag stiff so corners don’t roll over. Those inserts also help blunt knife attacks too.

Kevlar stops bullets by gradually slowing the bullet down and dispersing the energy. Some say laminated Kevlar can melt if shot at extreme close ranges, but if they’re that close, you’ve probably got other problems too.

It’s marketed to police, military or anyone who wants the peace of mind of having a massive three-foot Kevlar shield with them at all times. You know who you are.

And yes, it even has room it for our laptop and tablet.

Since I like to actually test the hardware we receive for review, there’s only one way to test this bullet resistant shield: shoot it with everything from a .44 Magnum to a 12 gauge shotgun.

I don’t know how the bag will perform so no, my XPS 13 isn’t going in the bag. Instead, I’ll put two things in it that deserve to burn in hell: An original Netbook and this first gen iPad.

We’ll start with the .38 Special, move up to a 9mm, and a .45 before firing the mighty .44 Magnum into it. Yes, once the most powerful handgun in the world and it will blow your iPad completly off. Finally, we’ll see if the MTS and our iPad and Netbook can survive a 12-gauge shotgun blast.

Conclusion: Despite my doubts, the MTS held up stopping even Dirty Harry’s .44 Magnum and a shotgun blast. Is this $900 laptop bag/shield for everyone? Clearly not but there are uses for it. Perhaps foreign correspondent working a war zone who needs extra armor or a police offer who needs quick access to a ballistic shield in an emergency.

Hardcore Hardware
You can take your gaming with you with MSI's GS63VR Stealth (2:20) 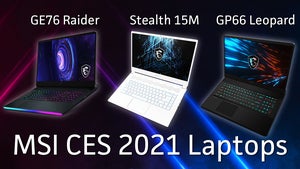 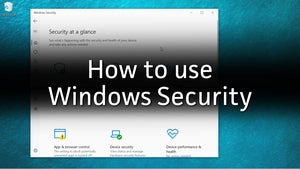